cleaning up and rebuilding after a fire

Fire can be devastating inside a home, but it can also cause damage that does not consume the home beyond the point that it can no longer be lived in. If you have a home in which a fire started but was extinguished fast enough that it did not damage the entire home, you may be tempted to prolong the inevitable repairs. It can seem like leaving fire damage alone for a bit would really be no big problem, but this kind of damage should never be allowed to sit idle. Take a look at a few good reasons to go ahead and talk to a fire repair contractor immediately after there has been a fire in your home.

There may be damage to the structure of your home that is practically invisible.

The fire may have been contained to one spot or area of your home, but that does not necessarily mean that this is the only place that has sustained damage. The heat from a fire can be so intense that it causes the breakdown of other parts of the house, and you may not even know anything is wrong. For example, if you had a fire in your kitchen at the stove, the room behind the wall where the fire was located could have sustained structural damage due to the intense heat. Unfortunately, you may not even see this damage to identify it.

There could be damage to functional components in the house.

Just as there can be unseen damage to the home's structure after even a small fire, there can also be damage to some of the hidden functional components. Plumbing, electrical appliances, and even electrical wiring can be damaged because of the intense heat. For instance, a bundle of plastic-coated electrical wires inside a wall could have gotten hot enough that the plastic melted away partially. This in itself is a fire risk, so it is an issue that is best discovered early on.

There could be lingering dangers to your health.

The odor of a fire lingers long after the fire has gone out, but something else also lingers in the air particles: soot. Soot left behind after a fire can be heavy laden with everything from burned plastic compounds to dangerous chemicals. Inhaling this material, or even allowing it to sit idle on your skin, could bring about risks to your health. Getting the damage properly assessed and cleaned up quickly is actually going to be better for every member of the household.

For more information, contact a fire repair contractor in your area. 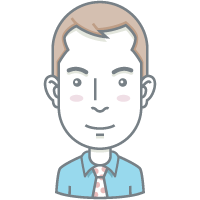 What do you do if your home catches fire from a bad electrical outlet? What if the chimney catches fire because it hasn't been swept properly in the past few years? How can you repair damage that has been caused by fire and the water used to put it out? I have had the unfortunate experiences of two fires in my home - one in the chimney and one caused by an electrical short. These experiences have taught me a lot about repairing damage to my home. I created this blog with the hopes of helping others going through the same misfortune get through the clean-up and repairs more easily.